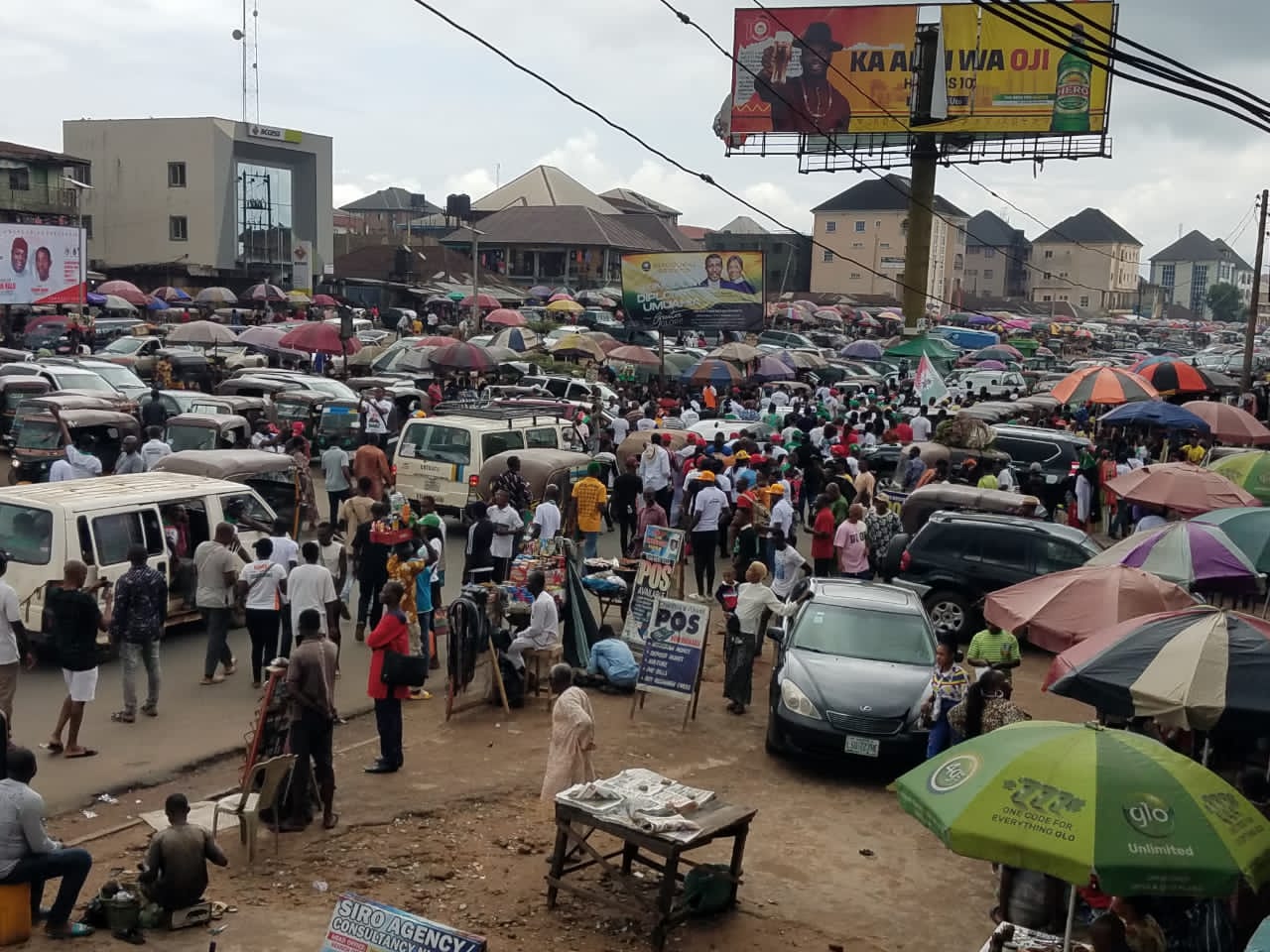 Share on Facebook Share on Twitter
There was heavy vehiclar gridlock in Umuahia, the Abia State capital, as the supporters of Mr Peter Obi, the presidential candidate of the Labour Party, held a one million man march in the state.
Obi’s supporters had gathered at the Abia Tower area of the Enugu-Port Harcourt Expressway, in the early hours of Saturday from where they marched a distance of three kilometres to the Michael Okpara Square entrance of the capital city.
The crowd which slowed down vehicular movement from the expressway also marched through Library Avenue, Akanu Ibiam Road popularly known as Bank Road, while making her way to the city centre.
The crowd however enjoyed the cooperation of commercial and private vehicle drivers as their occupants waved on in solidarity.
Obi’s supporters cutting across people from the political class, businessmen and youths participated in the march. Some of the supporters carried placards with inscriptions such as, “INEC please allow God to use you,” “OBIdient all the way,” “Vote out bad leaders,” “Nigerians take back your country,” etc.
Displaying their Permeant Voter Cards, many of them were chanting “Obi Kerenke, Obi,” “We are the structure,” while others were pleading with motorists and passersby to be ‘Obidient.’
One of the supporters told our correspondent, “Honestly, it is more than a five million-man march that Umuahia witnessed today. The youths have caused total gridlock on the major roads as we have trooped out en-masse for the solidarity march for Mr. Peter Obi as president. Umuahia is ‘Obidient.’”
Also, the national and Labour Party flags, soft drinks and snacks were made available while the march lasted. 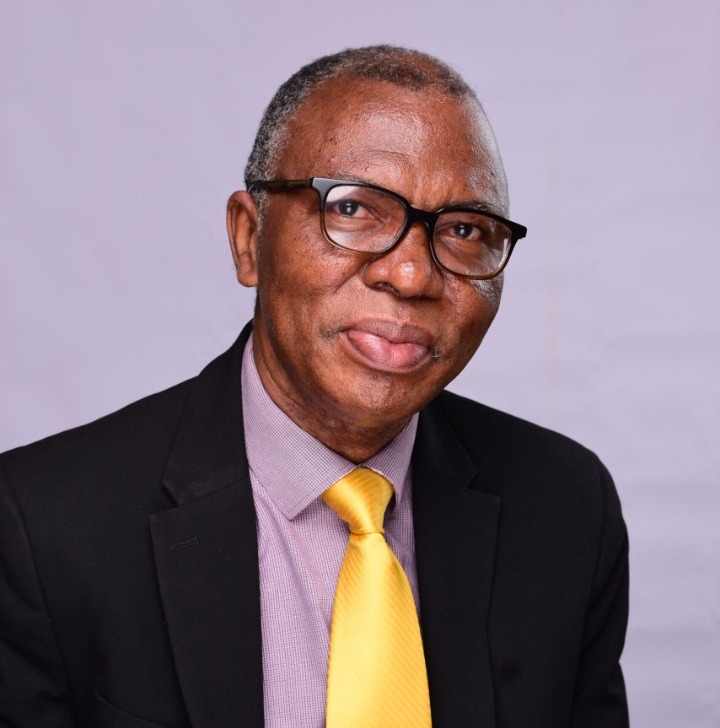 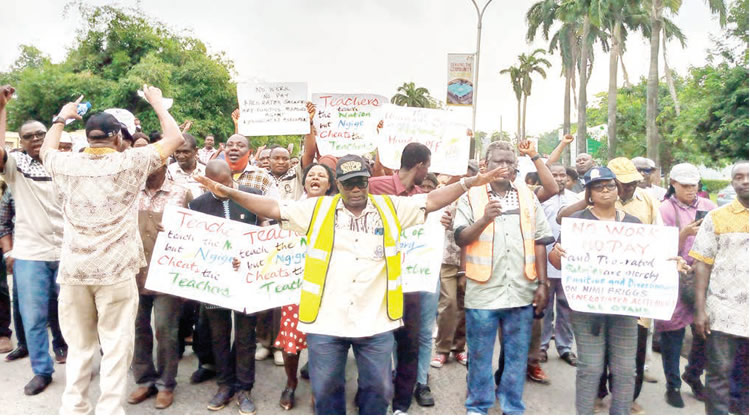 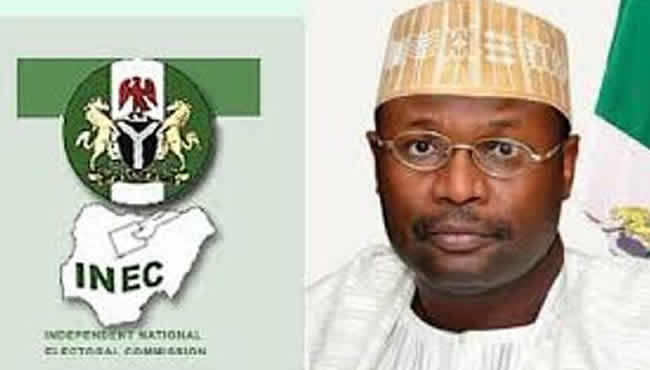 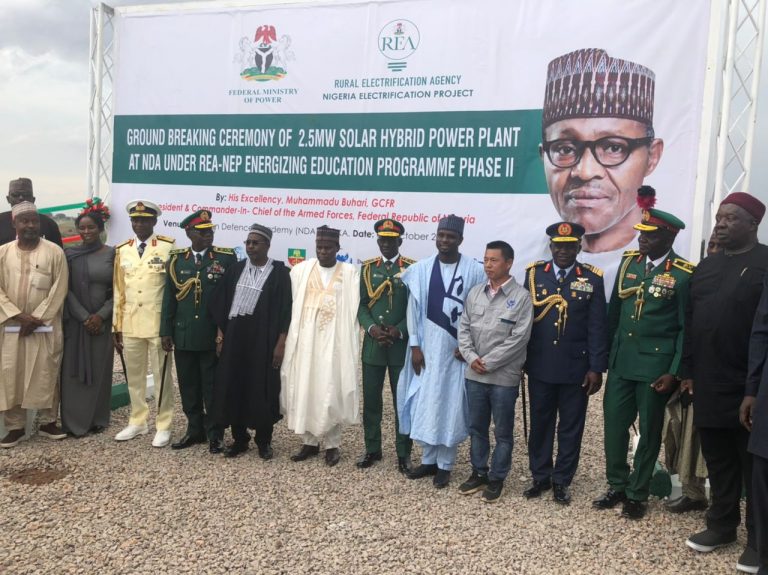 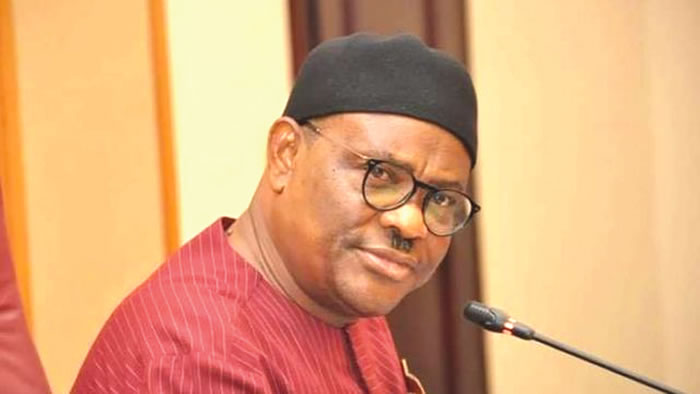